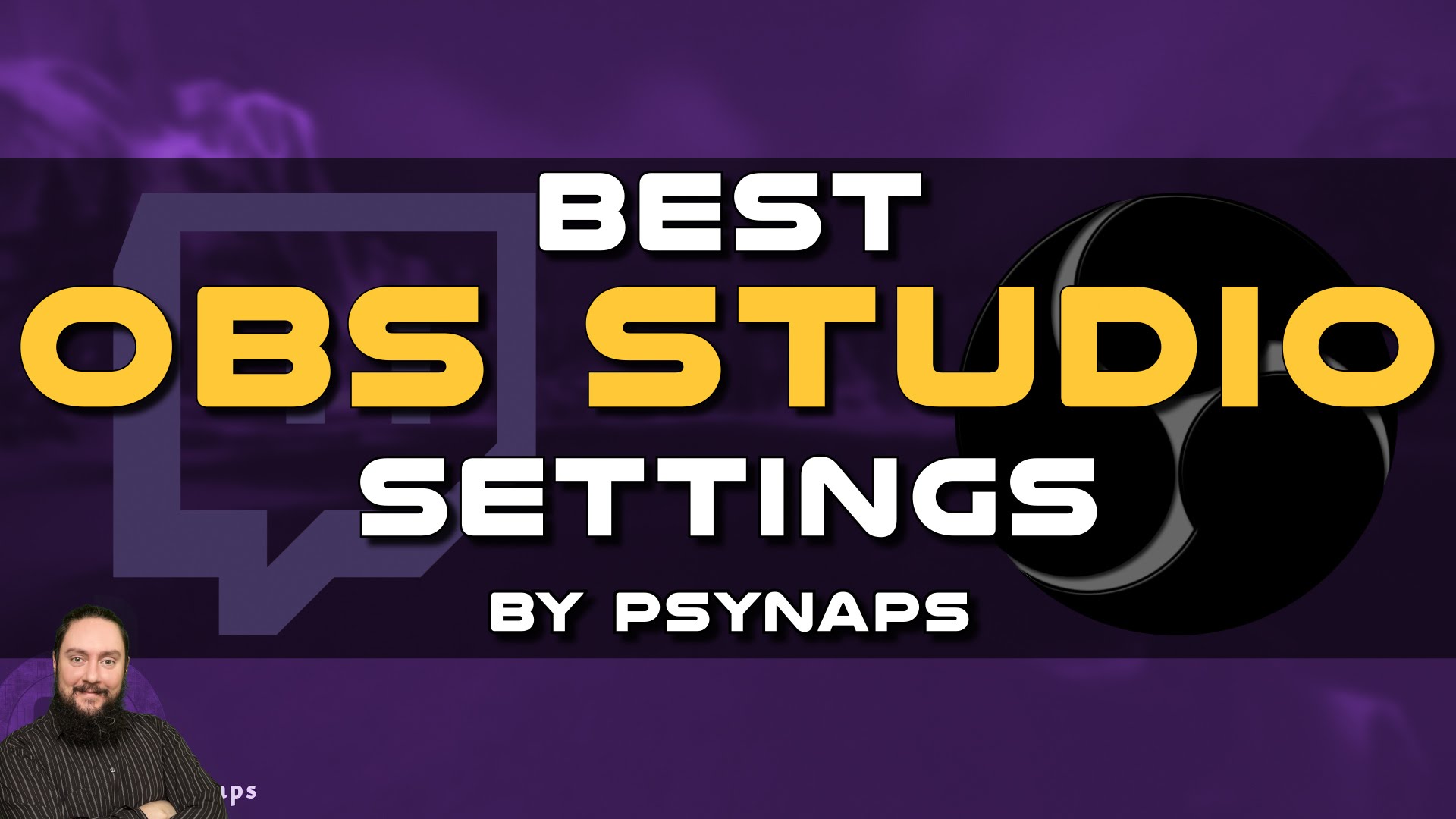 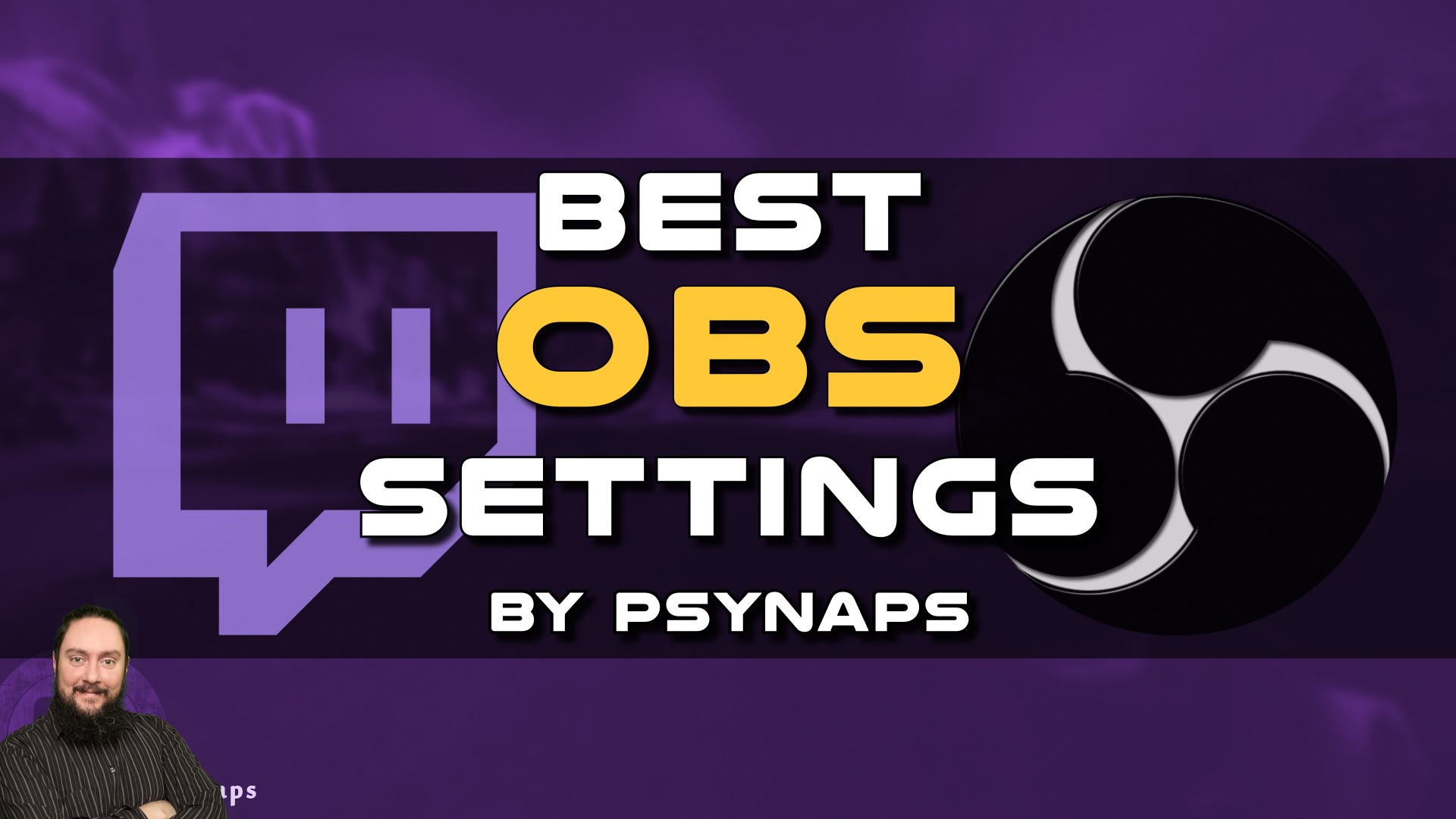 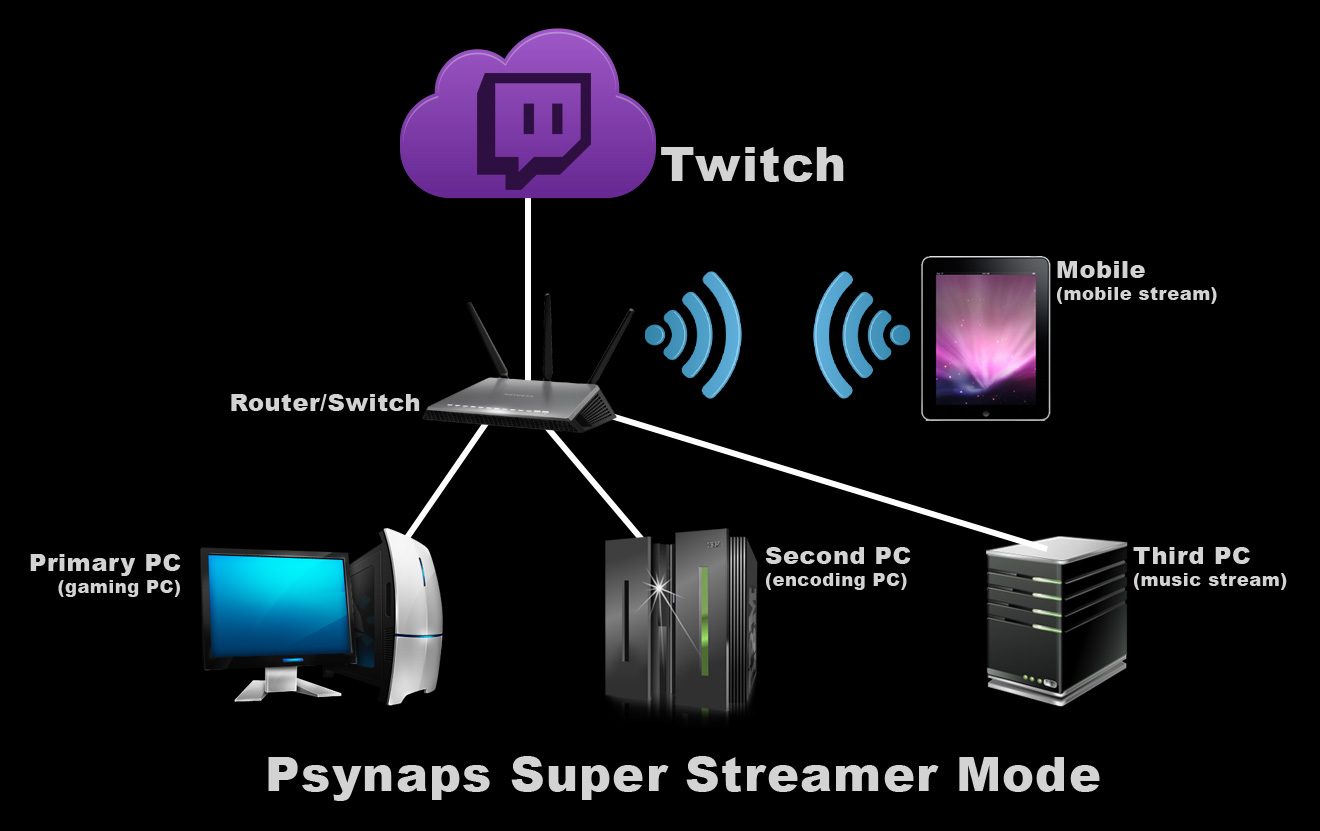 Setup a Streaming Studio for Twitch

Audio and Video Equipment for Streaming 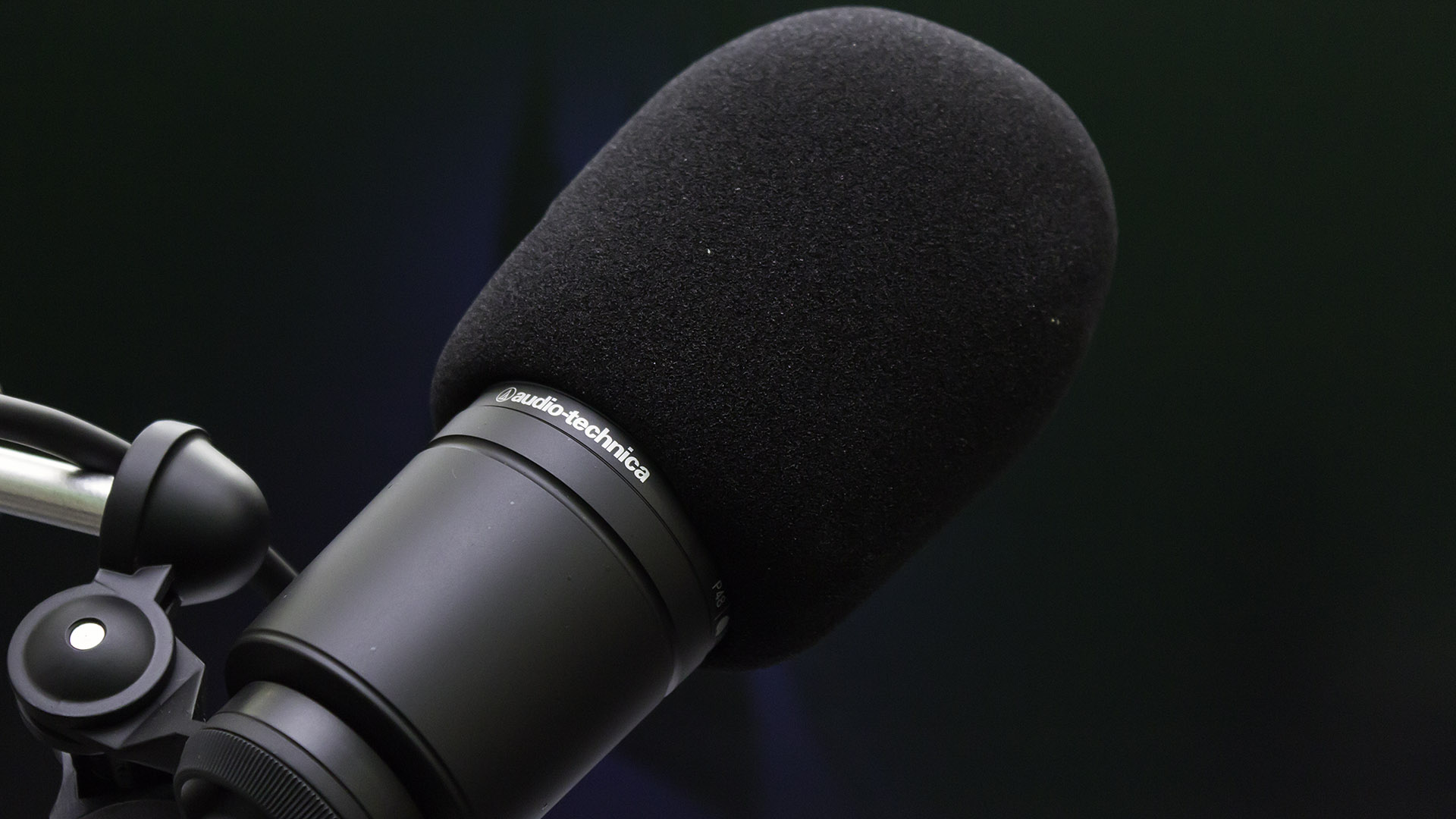 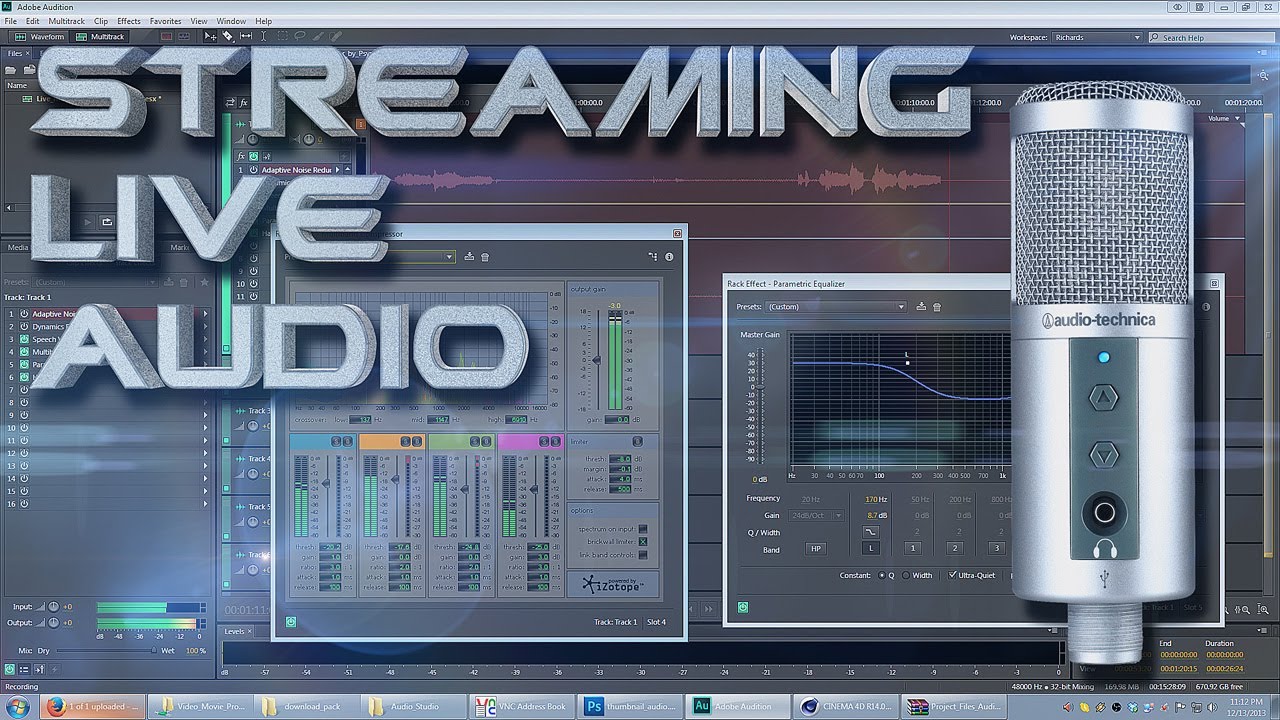 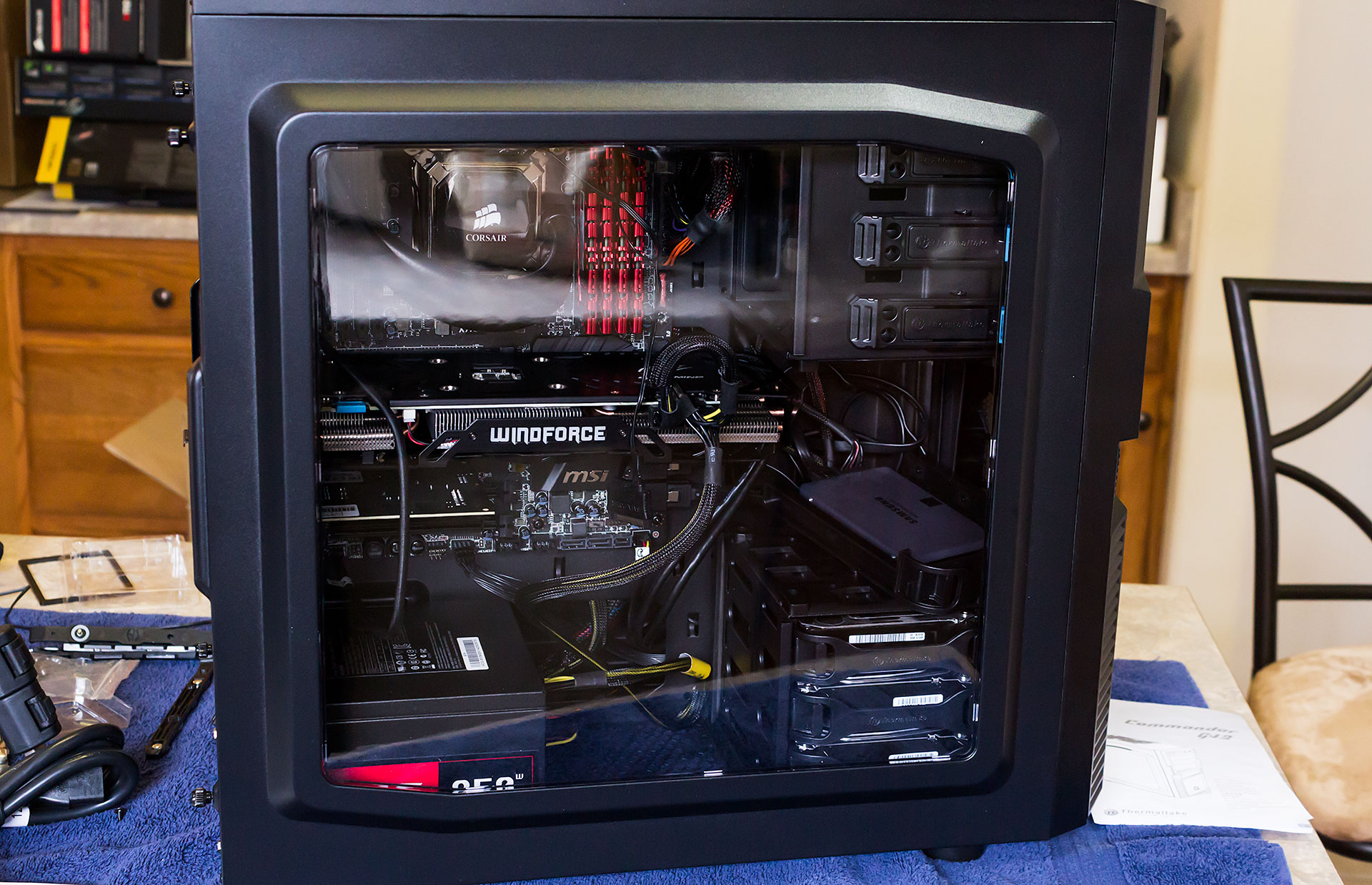 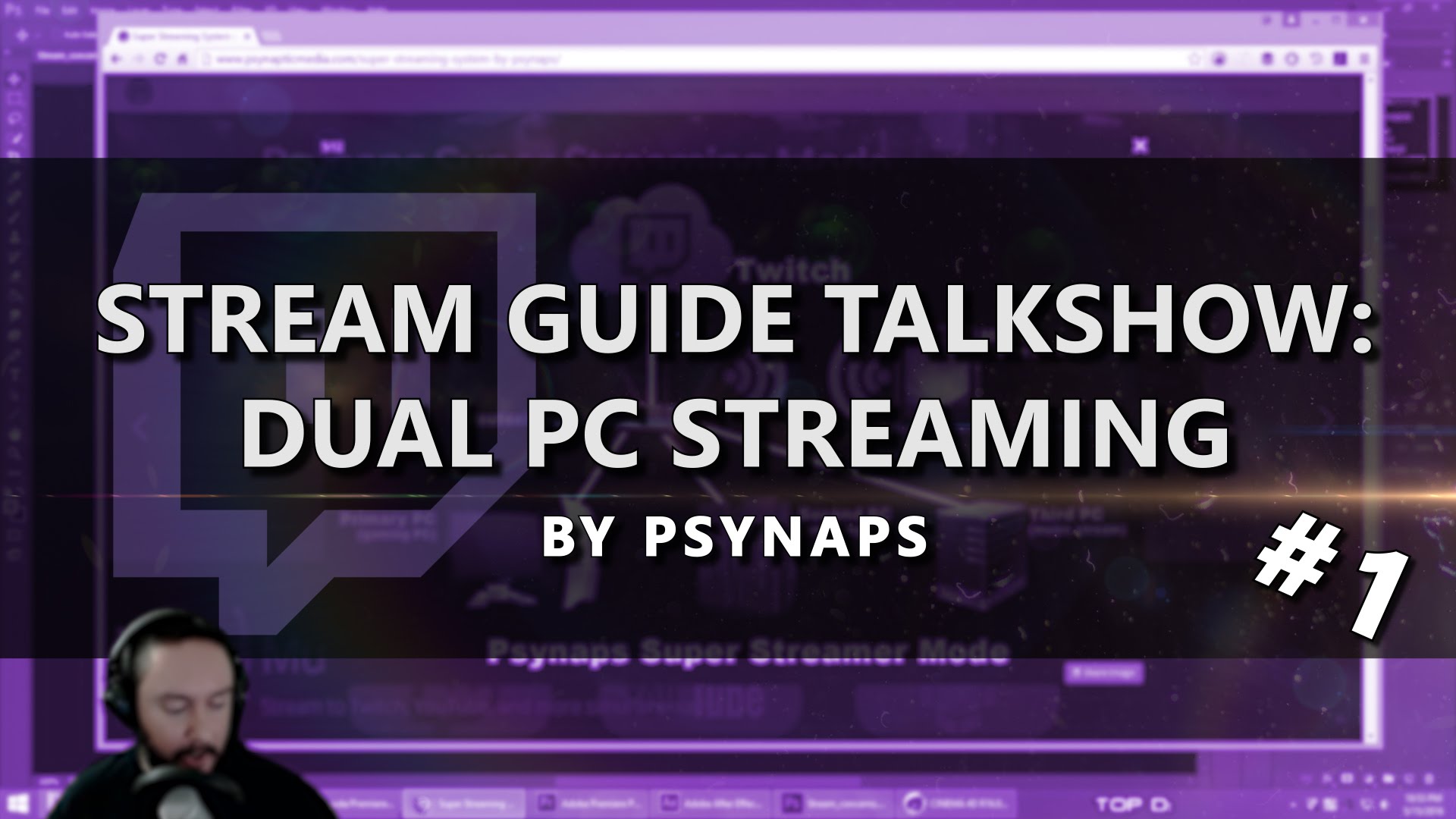 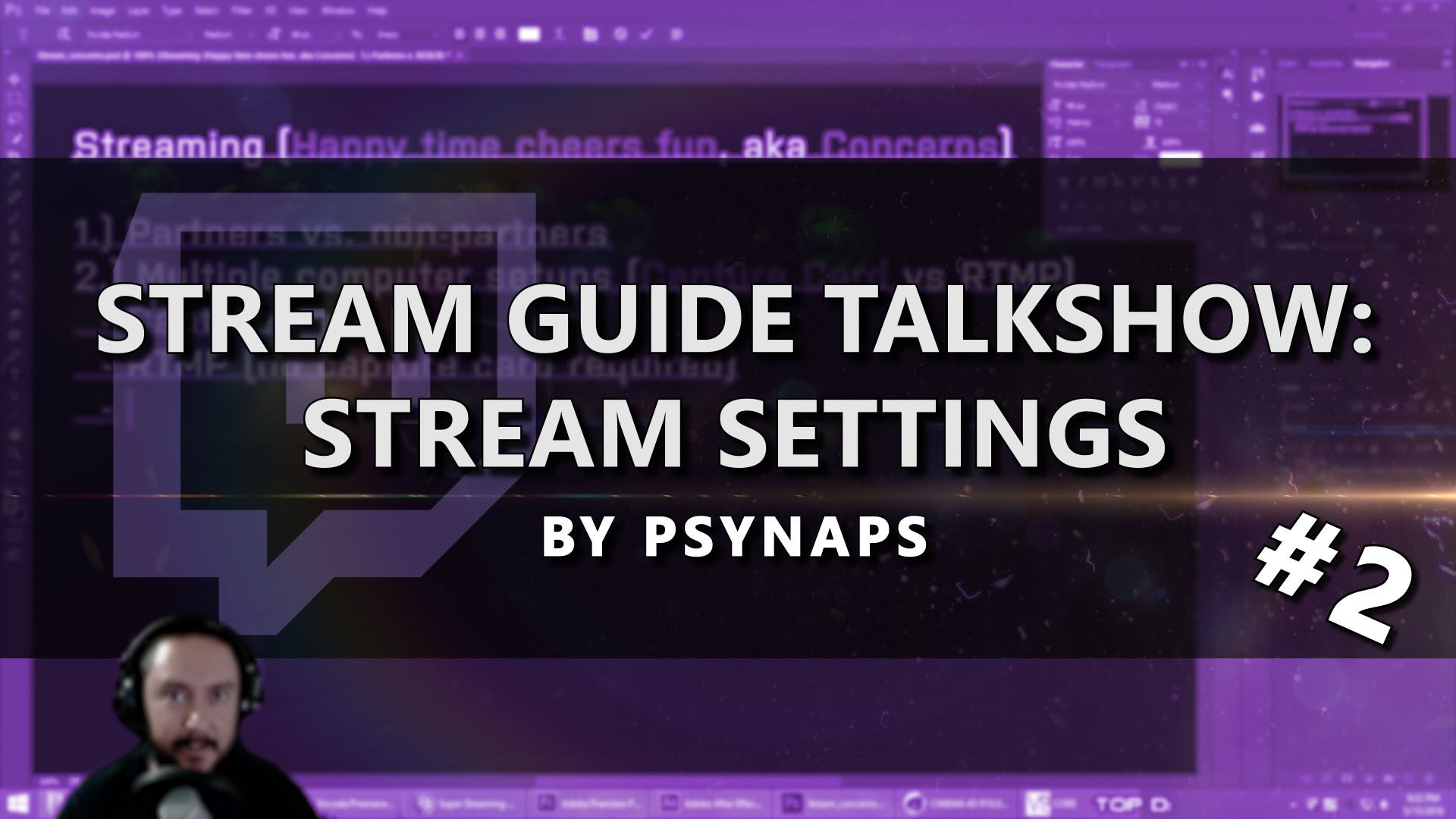 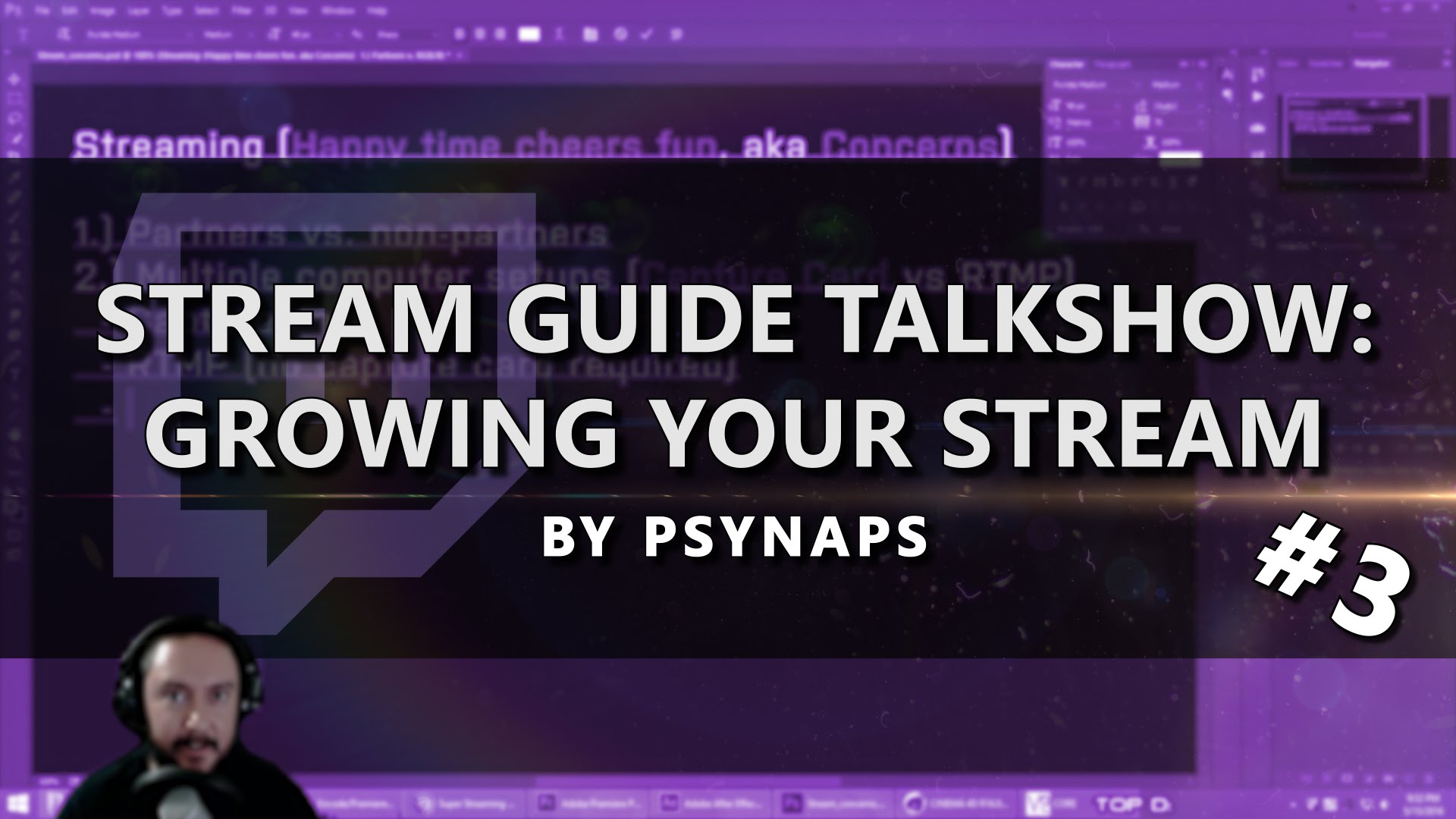 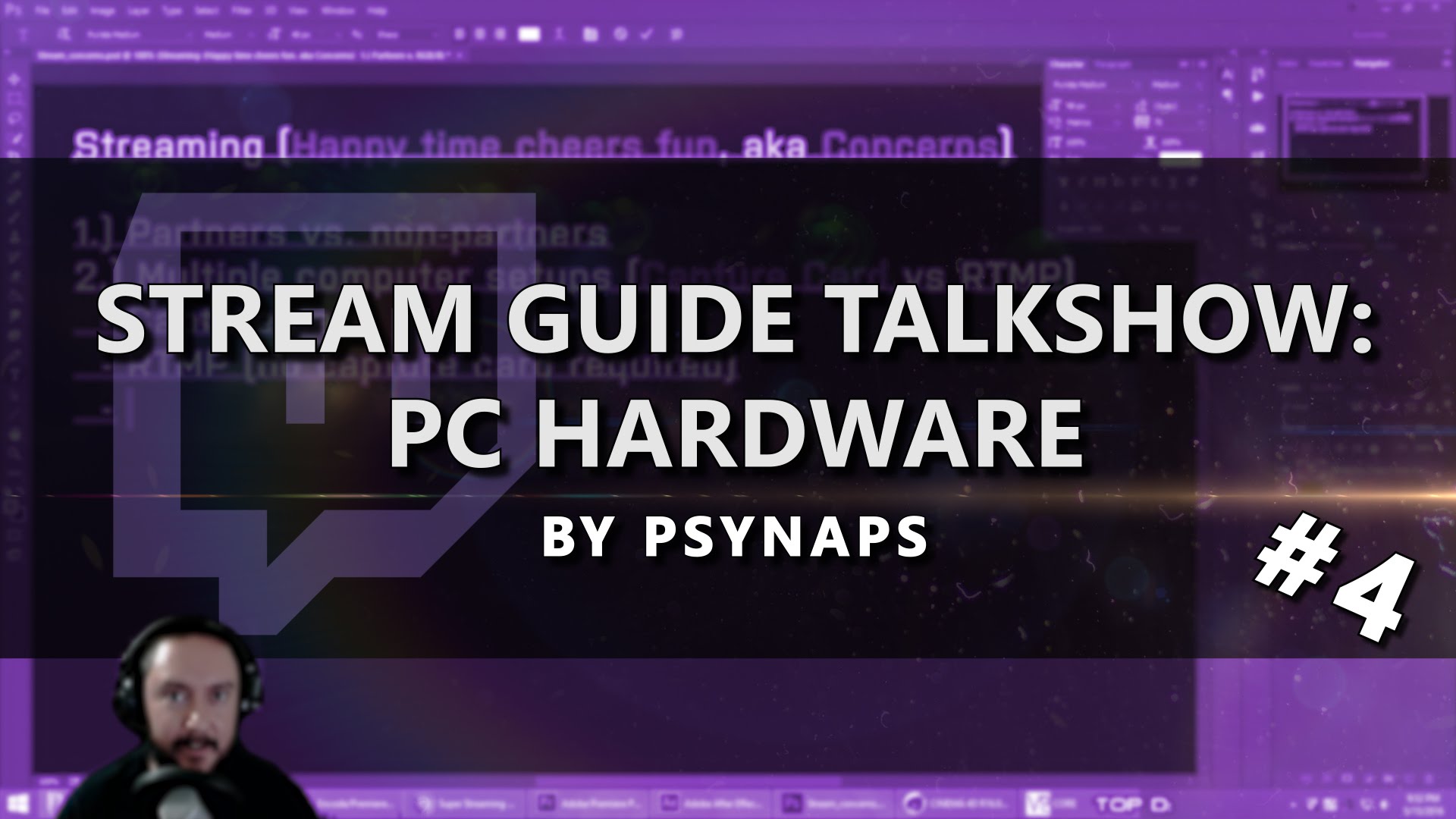 About the Streaming Guide

The purpose of the Ultimate Streaming Guide for Twitch and YouTube tutorial series is to raise the quality and improve the delivery of online video content and live streaming for the entire streaming community. This is a collection of FREE tools and information that will raise the bar of quality for casual and professional streamers, get ready to press “Start Streaming”.

Let me know what you want to see added to the Twitch Streaming Guides!

Here are some general bitrate settings when using the “veryfast” preset. Green colored are better quality for high motion, yellow is OK quality (and very commonly found on Twitch), and red colored boxes have noticeably lossy quality in high motion gameplay. I also calculate the BPP as a reference. For example, 0.1 BPP is known to be great for x264 encoded with the default “veryfast” preset. 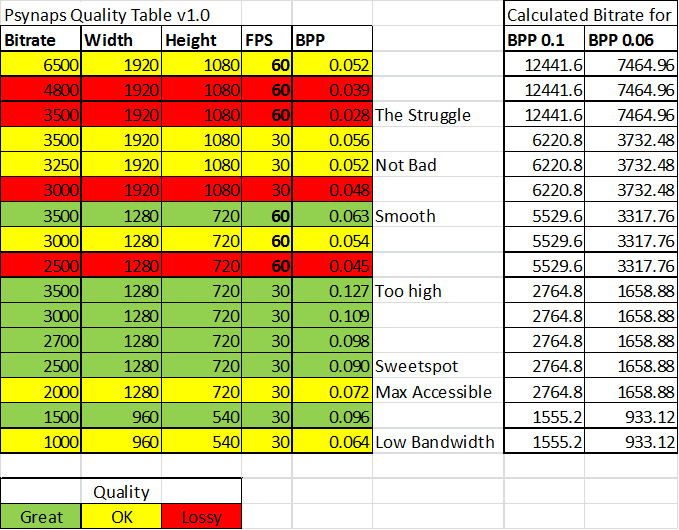 Q: Someone told me 3500 is overkill, is that accurate?
A: 3500 is not overkill, at all. It’s actually TOO LOW to stream most high movement games without severe compression artifacts…especially at 60fps (see the Psynaps Quality Table above).  The good news is that it looks pretty good,  especially when using OBS Studio. 3500Kbps is just a recommended max setting by Twitch. Here is something to think about, as bandwidth increases and computers (and mobile devices) get faster that number will likely go up. Additionally, technology will give us new codecs that can fit more data into a smaller package (H265/Webm/etc). Think 4K or VR streaming (already possible on YouTube) which is right around the corner for all of us.

Q: Can I stream more than 3500kbps on Twitch?
A: Yes and no! Although its not recommended by Twitch, it is supported. There is much confusion about max bitrate, and false rumors going around related to exceeding that number. We have performed many tests at different bitrates and resolutions, and you would be surprised what is possible. However, I don’t recommend trying anything extreme as it could be considered abuse on the servers, against ToS, and that would not be fair or ethical to the Twitch community to use unreasonable bitrates. There is a balance between playing it safe (sticking with the recommended settings), and being innovative and creative for the good of Twitchkind.

Q: Shouldn’t I always use CBR in OBS, I thought VBR was bad?
A: Although CBR is recommended by Twitch, x264 encoding was built for VBR not CBR. CBR is actually more of a hack to help achieve a steady bitrate and it was not initially intended for x264. VBR is said to be the highest quality option because its dynamic which gives it the potential to optimize frames more efficiently. Furthermore, you can access quality settings when using VBR which opens the door to custom (and thus better) optimization for your content. Many people who have struggled with limited internet speeds, old internet infrastructure, and/or fluctuations in internet speeds by time of day have mentioned VBR can solve their buffering problems. Personally, I try to use VBR when ever possible, which is all the time. This is especially useful when I stream creative (low motion) content that does not require full bitrate speeds. After years of using VBR, I do not have (nor have I ever had) a problem with buffering when transitioning between low to high movement scenes. This could be different for each person, test and ask your viewers if they have problems watching your stream.

Q: I’m a partnered streamer, are the best OBS settings different for me?
A: Yes and no. Partnered streamers have a “source quality pulldown” which provides viewers with multiple lower quality options (High, Medium, Moble, etc) encoded by Twitch servers. This enables the streamer to stream at max bitrate while equipped to offer viewers the lower quality/bandwidth options. Because of this re-encoding option for partnered streamers, I see many partners streaming at high bitrates.  Most viewers LOVE this high bitrate quality source option! For example, my viewers report they ALWAYS watch on source and love the high quality stream. I also have mobile users that can (and do) watch at full source quality.

Q: I’m NOT partnered on Twitch, whats the best OBS settings for me?
A: Many non-partnered streamers consider their viewers when deciding what bitrate to stream. Not everyone can watch a 3500kbps stream, but luckily most people can. Talk to your viewers, and get their feedback. Something I learned about big Twitch streamers (also applies to YouTube), is that they are very connected with the expectations of their viewers. The better you can sense what your viewers want, the better that interaction will be. If you feel that many people are experiencing buffering while watching your stream, you can consider lowering the bitrate (see the Psynaps Quality Table above) and ask your viewers if that helps. Otherwise, don’t let anything hold you back from making the best quality stream on Twitch.

Q: What if I want to stream 1080p 60fps?
A: Just do it. 1080 is better than 720 for visualizing text on the screen (eg player names, damage/healing numbers, stats), although many people (even eSports) still use 720. At 720, text is blurry and games like WoW have a lot of small moving text like character names that are hard or impossible to read at 720. Because 1080 is much sharper and 60fps is a common expectation for gamers, the common goal is to be at 1080 60fps. You will notice it takes more computer power to do 60fps, and more bandwidth. If your computer is up to it, JUST TRY IT. You will need to test it first (of course) to find out if it will work for you. Also, many people use a dual-streaming PC system to achieve smooth 1080 60fps, which is what I do (see my super streamer project here, more coming soon). Dual-PC systems are more complicated, and you will find there are many more options to consider there. Here we are talking about single streaming systems which is what most people use.

This page contains guides for streaming with OBS Studio, OBS legacy, and talkshows featuring Psynaps and streaming professionals, recording with OBS studio, partnered  vs. non-partnered stream settings,  tips for getting started as a streamer, and tech tips for building a stream system. The Psynaps Super Streaming system will also be expanded on with screenshots and downloadable software and tools.